A retrospective observational study of leishmania-infected dogs: comparison between homeopathic and conventional therapies
Pisseri F.a, Terracciano G.b, Gavazza A. c , Bizzeti M.c, Guidi G.c, Mancianti F. d
A Scuola di Omeopatia CIMI-Koinè, Roma b Istituto Zooprofilattico Sperimentale Lazio e Toscana, sez. Pisa c Dipartimento di Clinica Veterinaria, Pisad Dipartimento di Patologia Animale, Profilassi ed Igiene degli Alimenti, Pisa
INTRODUCTION
Canine Leishmaniasis, a protozoan-caused disease that can be transmitted to humans, is progressively spreading in Italy, possibly due to climate changes that extend the habitat of sand fly vector. The most common treatment regimen is by N-methylglucamine antimoniate that is unfortunately associated with side effects such as hepatotoxicity and nephrotoxicity. Moreover, the therapy may be painful after several injections, may induce drug resistance, is expensive in the long term, and even though it achieves resolution of clinical signs, it does not result in the complete clearing of the parasite. Clinical evolution of the disease is very variable, depending upon the type of immune response, which makes the dog susceptible or resistant to the disease. The pathogenesis is often complicated by immune-mediated phenomena that may contribute to the formation of immune complex. The characteristics of this disease make homeopathic approach valuable as either alternative or complementary therapy, since homeopathy balances adaptive reactions of the host and harmonizes its defensive systems. 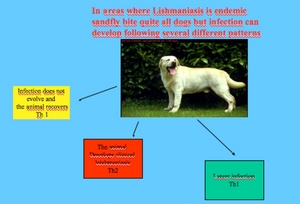 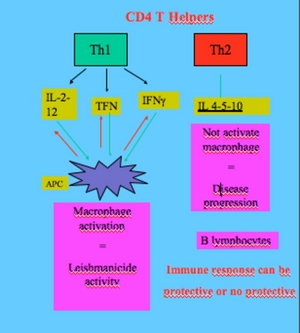 MATERIALS AND METHODS
The aim of this study was to evaluate and compare clinical signs and clinical laboratory findings of infected animals treated with homeopathic or conventional therapy.
60 eligible animals divided in two groups homogeneous with respect to age, sex, breed, and clinical signs at the first examination, were included in the study. The first group (of 30) was treated with conventional therapy, and the second (of 30) with homeopathic therapy. In the latter case, therapy was tailored to each animal, due to the holistic approach that homeopathy uses to provide individual, safe and effective treatment.
Method of complexity (M. Mangialavori-G.Marotta, 2004) and informatic program Mac repertory 5.5 were employed to carry out the homeopatyc analysis of clinical cases.
Follow-up evaluation was conducted by means of periodic controls of the clinical state of the animals and biochemical analysis. Also complications during the course of the illness was evaluated in both groups, together with therapy costs. 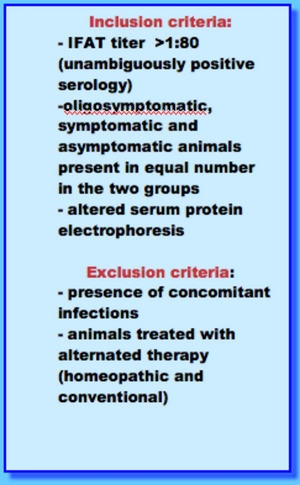 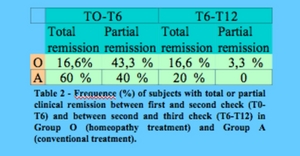 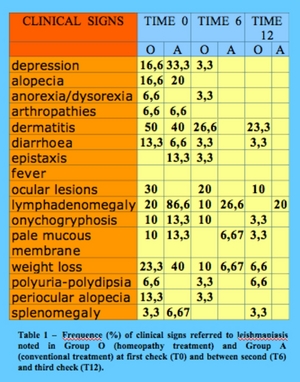 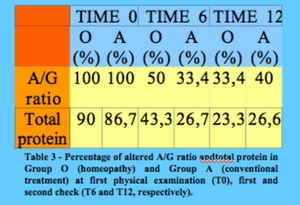 CONCLUSIONS
The results of the study indicate that the homeopathic therapy results in a positive effect on both clinical signs and biochemical parameters; moreover has no adverse effects, and its cost is low. On the basis of these preliminary data, the further goals should thoroughly evaluate the long -term effects of the therapy and the feasibility of the complementary administration of both conventional and homeopathic treatment.
We wish to tank student Sabrina Paoletti for her precious collaboration